The first time I tried my friend’s snail gel moisturizer a few years ago, I didn’t know what to expect. The moisturizer wasn’t slimy at all—it just felt like normal moisturizer. But I was definitely intrigued. I decided to order COSRX Snail Mucin Essence 96 to see if it would help my skin at all.

The word “mucin” sounds like “mucus” for a reason—this stuff is really slimy. If you pump it out of the bottle and rub it between your fingers, you’ll feel its sliminess in full form. However, after you pat the snail mucin into your face, its sliminess fades away as it dries, but it still leaves a slightly tacky presence on your face. So if you don’t like that feeling, don’t buy this product. 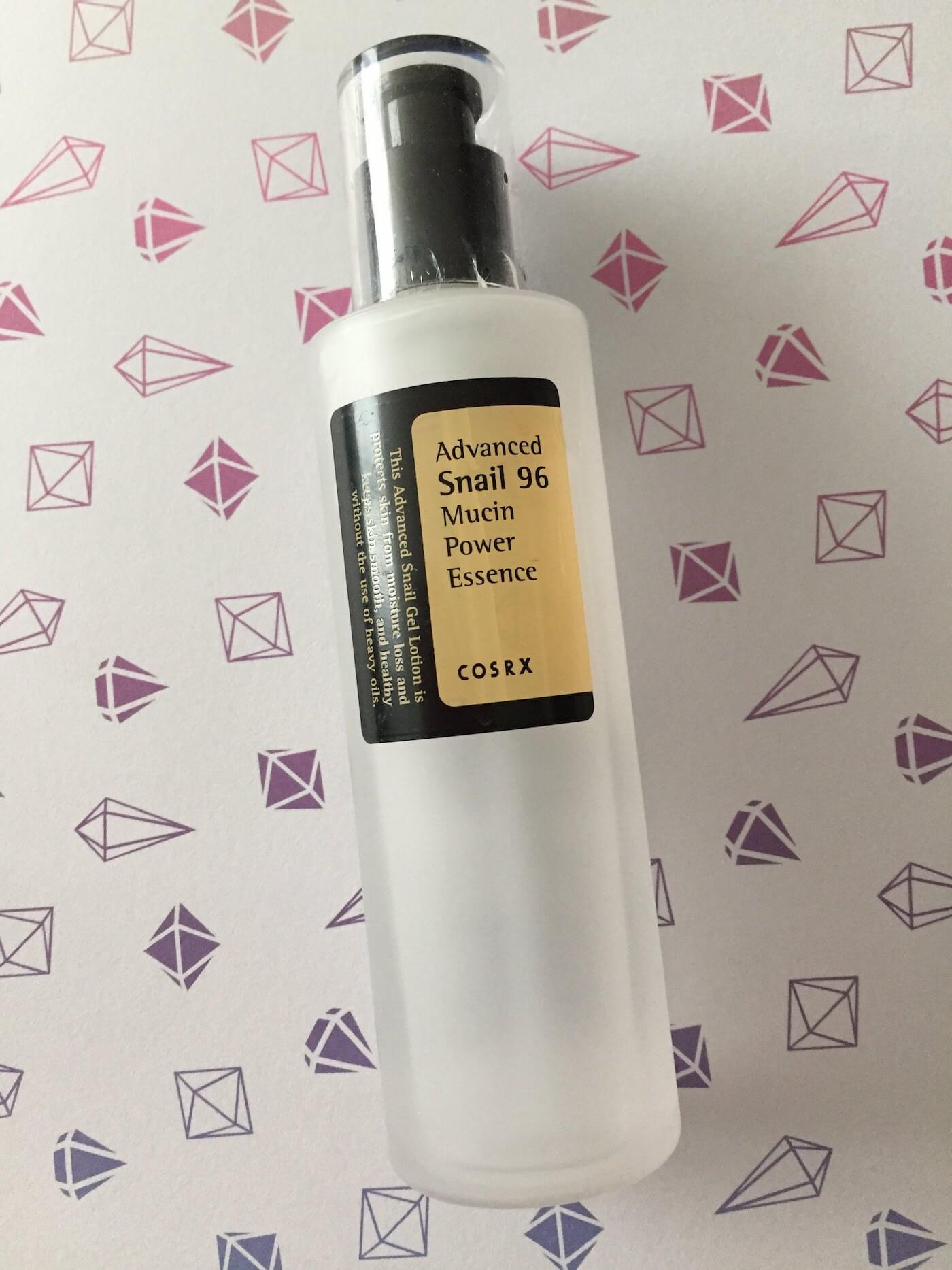 The remaining ingredients include:

After using this product off and on as a pre-moisturizer serum at night, I haven’t noticed any drastic benefits of side effects, but I do quite like using it as a mix-in for other serums like The Ordinary Vitamin C Suspension 23% + HA or The Ordinary Niacinamide + Zinc serum.

Another snail to to hail? Organic Doctor Snail Gel

If you read my ode to CVS the other day, you may recall that I received a sample of another snail secretion filtrate product as part of my CVS.com purchase: Organic Doctor Snail Gel. 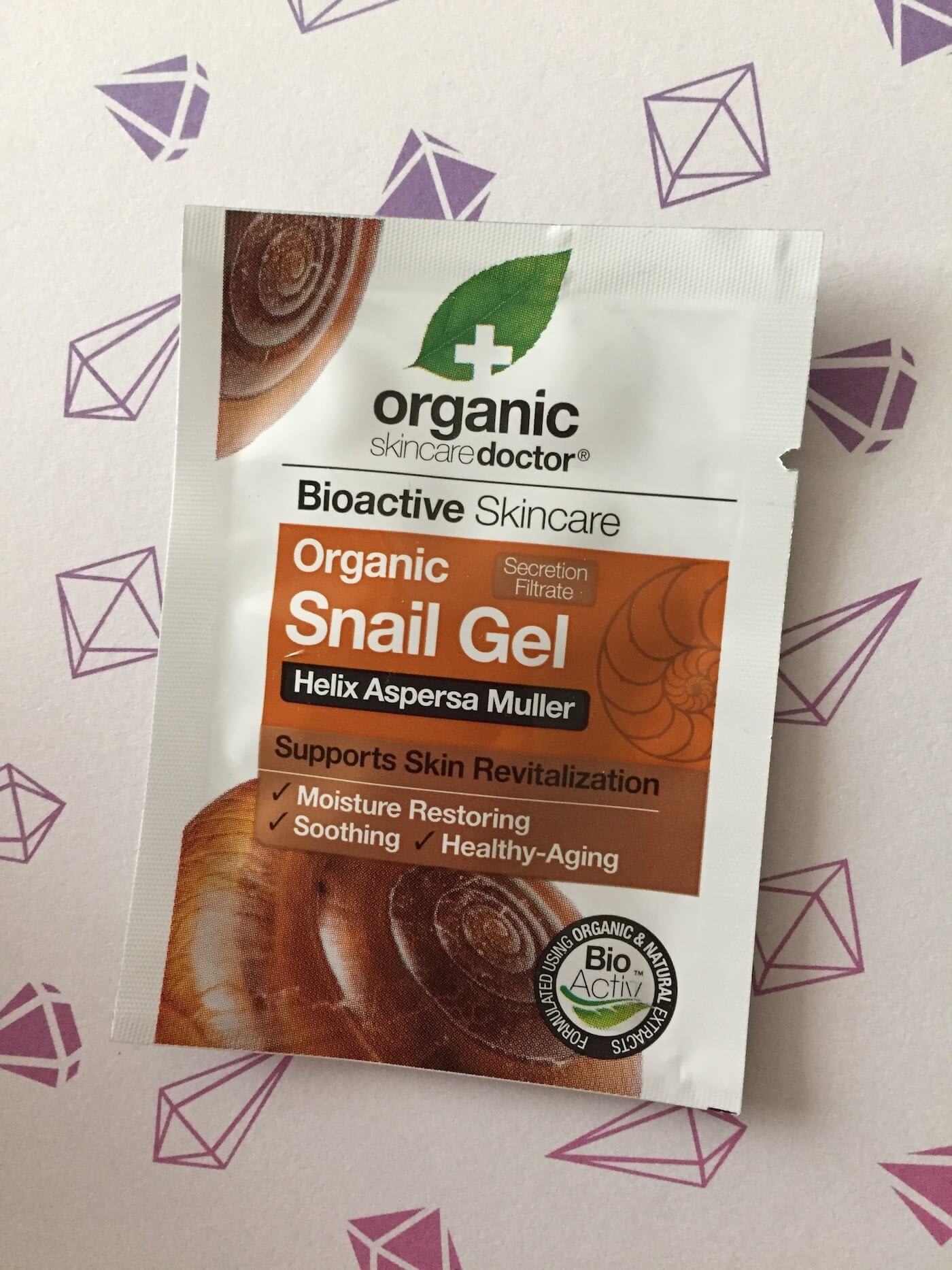 Here are the ingredients:

This product looks pretty intriguing, but I have no idea what percentage of snail secretion filtrate is actually included in this product. I’m guessing it’s probably not as high as COSRX’s 96 percentage claim (or else they would have included the number in the product name, too). However, it does contain a good number of natural extracts that made it look pretty interesting, including aloe vera, glycerin, and some citrus oils. Like COSRX Snail Mucin Essence 96, it also includes sodium hyaluronate and phenoxyethanol (a natural preservative).

Potential red flags:
Organic Doctor Snail Gel contains carrageenan, which is a seaweed-derived thickener that’s also added to many packaged almond milks. This makes me think that maybe it doesn’t contain as much snail secretion filtrate as COSRX Snail Mucin Essence 96, which is already pretty thick on its own (it’s pretty close to whatever you’d imagine snail slime to feel like…I know, appealing, right?).

It’s also prudent to note that Organic Doctor Snail Gel includes sodium hydroxide, which was the only ingredient that was present in the new version of the CeraVe PM moisturizer formula update, but not in the old version. So if you hate the new formula, you may want to avoid products that contain sodium hydroxide, including this Organic Doctor snail gel (this is just a guess, though).

Let’s see what my dad had to say when I asked him which ingredient list he liked better: COSRX Snail Mucin Essence 96 or Organic Doctor Snail Gel.

I like Product 2 better because it contains more skin beneficial fruit extracts than Product 1.

Bottom line, I’d recommend trying COSRX Snail Mucin Essence 96, but it’s not a life-changing product. It does a great job at hydrating the skin without weighing it down. However, be warned that it does go on somewhat slimy in the beginning, at least…so if that doesn’t sound appealing to you, don’t try it. If you don’t mind the initial sliminess, it’s actually a really nice extra layer of moisture for your skin (though it’s not meant to serve as a standalone moisturizer), and it mixes nicely with other serums.