I’ve had acne since I was a teenager. Over the years, I’ve tried benzoyl peroxide, salicylic acid, sulfur masks, bentonite clay, you name it. It’s never bothered me enough to go to a dermatologist, but I always wondered if I could benefit from using a prescription-strength product. Then, one day I heard that a formerly prescription-only acne treatment had been approved for over-the-counter use under the brand name Differin. The active ingredient in Differin is a retinoid known as adapalene. I started using it in March 2017, and though I dealt with some initial dryness and irritation over the first few months, I haven’t stopped using it ever since.

Differin comes packaged in a small tube and is really affordable because you only use a pea-sized amount once a day (at night). It’s definitely much cheaper than buying an AcneFree or Proactiv kit, which typically cost $20 for a few months’ supply. I’m only about midway through my third 0.5-oz. tube, and I started using it about 15 months ago. 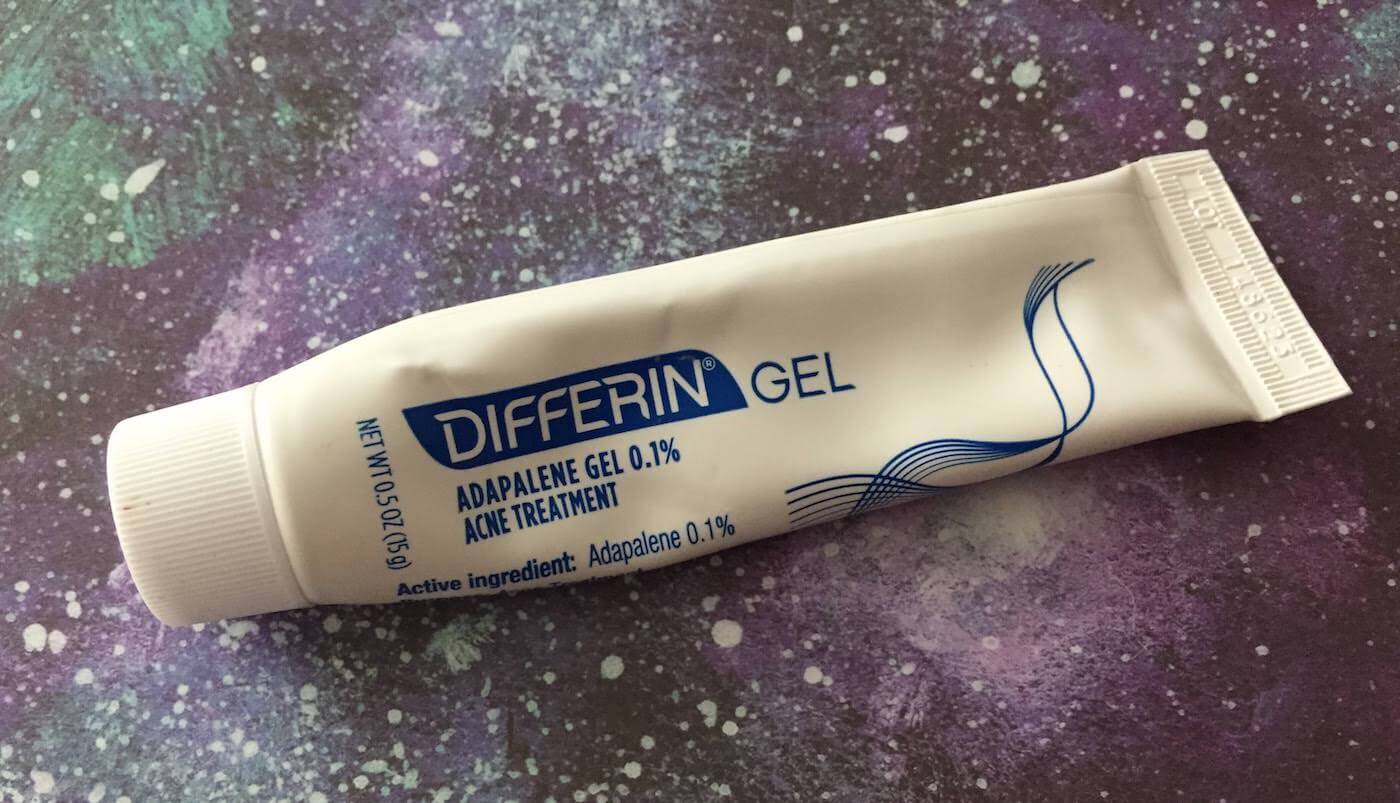 About adapalene, or Differin

Adapalene was the first new ingredient to get approved for over-the-counter treatment of acne in over 30 years. So if you’re sick of benzoyl peroxide, salicylic acid, and all the other regular over-the-counter stuff, I highly recommend giving Differin a try.

Differin isn’t perfect, but it worked for me

The following review is based on Differin Adapalene Gel 0.1%. I wouldn’t say that Differin changed my life, but it did work much better than any other acne-fighting ingredient I’ve ever tried before. And I’ve tried a whole lotta them. It hasn’t totally eradicated my acne, but it has dramatically reduced the number of closed comedones on my forehead. My forehead used to be covered with tiny bumps, and it was also really oily all the time. Now it’s less oily and bumpy overall. My rate of breakouts has diminished significantly since I started using this product, and when I do get the occasional pimple, it’s less red, angry, and cystic than my pre-Differin days (and therefore less likely to cause scarring or post-inflammatory erythema).

Differin also stopped my cystic acne from growing to gargantuan proportions. Now, when I do get the occasional monster pimple, it usually fades in a matter of a day or two, rather than weeks. That means less post-acne scarring/redness, which is awesome. Basically, Differin has made enough of a difference that I’ve been able to save a lot of time, money, and disappointment associated with trying out the latest and greatest anti-acne product.

Are you thinking about giving it a try? Here’s what to expect if you decide to take the leap to see if it works for you.

If you keep these guidelines in mind, I think you’ll be pleased with the results. I didn’t experience any major side effects other than the flakiness around my nose, and some stinging on my face when I applied moisturizer. However, you may find it to be pretty irritating, so I’d start off slow (maybe every other night) if you’re afraid that you’ll react poorly to this retinoid.

The last thing to keep in mind when using Differin is the importance of moisturizer. In fact, Differin even makes its own brand of moisturizer. I haven’t tried it, but I’m curious to know if it’s any good. According to this article, the most common side effects associated with topical usage of adapalene are “erythema, peeling, dryness, and burning.”

I’ve been using CeraVe PM as my nightly post-Differin moisturizer, but if you have really dry skin, you may want to use something richer like a moisturizing cream.